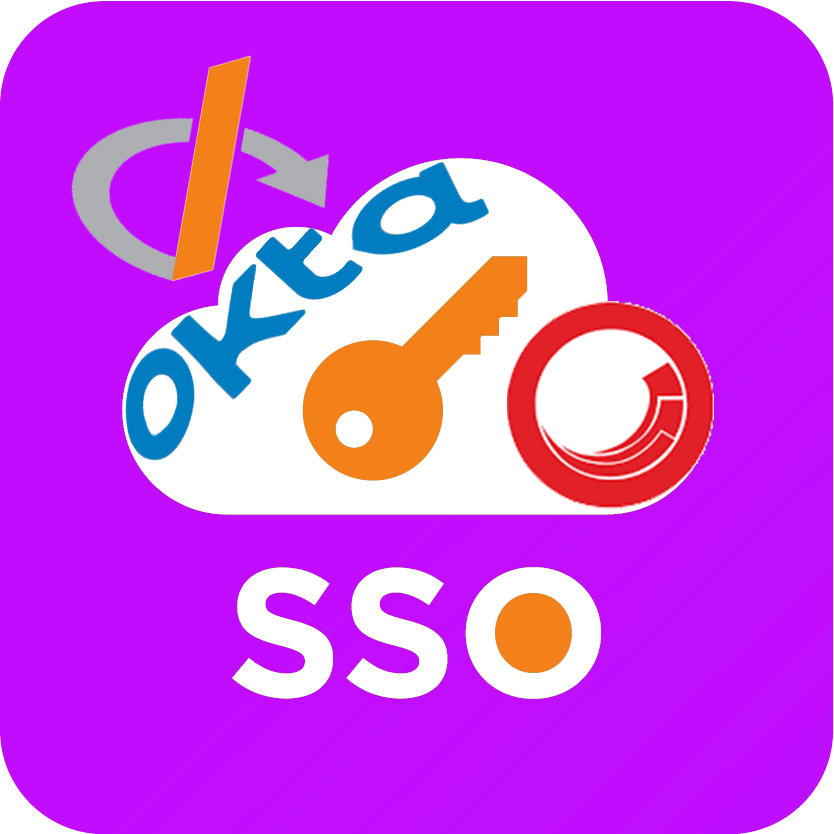 How to implement OpenID Connect Single Sign-On with Okta to log in to sitecore (backend NOT client facing site) by intercepting Authorize attribute.

Go here for solution on sitecore 9

Update/Warning: Preview mode fails for virtual users with the code below. To fix: 1- Call this function after authenticating the user to create an authentication ticket in sitecore. 2- Contact sitecore support and quote public reference 192715 so they can provide a known bug related to item:preview command.

In this post I will outline how to implement OpenID SSO with Okta to allow users to log in to sitecore (backend NOT client facing site) from Okta’s dashboard or by being redirected to Okta’s login screen when trying to directly access sitecore through custom url custom url. Authentication logic has been copied/modified from Okta’s github example code.

The code flow of this solution:
The user requests a method decorated with AuthorizeAuthorize attribute, if the user is not authenticated, the middleware will get triggered and the user is redirected to Okta. Once the user logs in to okta, the middleware gets notified, we extract the information returned by okta and log the user in as a virtual user with AuthenticationManager. The original request (to method decorated with Authorize) is sent again and the user now goes through because it has been authenticated.

The solution is divided in the following parts:

Once you have access to okta; within the Admin part of your account, add a new application with the following selections: Web as platform and OpenID Connect as Sign on method.

Go to your newly created application and configure as follows: 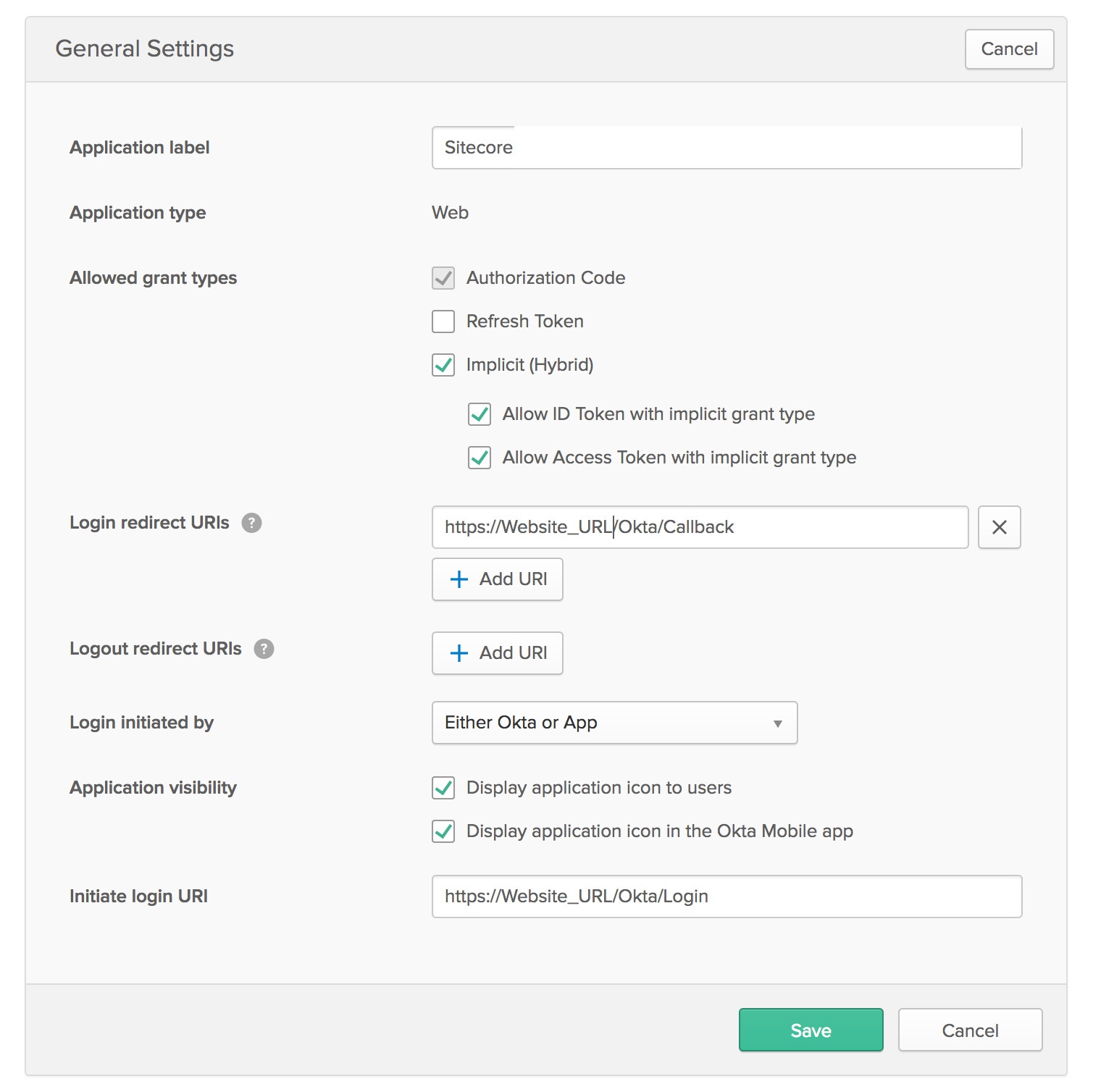 Most of the configuration is self explanatory. Login redirect URIs is defined by Okta as “URI where Okta will send OAuth responses”. We don’t really use it but it’s required because a request to it will be sent once the user has logged in to Okta. Initiate login URI is another request we will get from Okta once the user has logged in or when the user tries to access sitecore from Okta’s dashboard. This is where we will redirect the user to sitecore.

Copy Client ID and Client secret as we are going to need these later.

On this tab you can configure access policy and the OpenID token. We are telling okta to return all groups but here you can configure the groups claim to specify which groups you want included by entering expressions that will be used to filter groups. For example myapp.* means all groups prefixed with “myapp” will be included in the response attribute statement. Go here for more information.

Assignments
Here you assign which users and or groups can access your app. I recommend using groups instead of users.

Okta groups are like sitecore roles; we will need to map these groups to equivalent sitecore roles to give them proper sitecore permissions. To make the mapping easier, we decided to name Okta groups the same as the Sitecore role it will be mapped to.

You can either install VyacheslavPritykin Sitecore-Owin nuget package or do the following.

The OWIN middleware pipeline handles the authentication configuration of the web application. It tells asp.net where to redirect the user and what to do when the authorisation is given to the user.

As stated before, this logic was extracted from Okta’s codeflow example code. and modified so it can work with latest OWIN and Claims libraries versions used.

See below for MySite.Helpers.LogUser(princ) implementation.

This helper extracts the required information from Okta’s token response, logs in the user as a virtual user and maps okta groups to sitecore roles.

All we have left to do now is create a method with the [Authorize] attribute on it, and redirect users to this route so OWIN middleware can take over.

Do not forget to register the controller’s route in route table.

====================
All authorize decorated methods?We didn’t need membership for end users so we could afford to intercept any Authorize attribute. You can configure a separate middleware for end users. See Bas Lijten’s federated solution

Why a custom url? We opted to use a custom URL because we wanted to be able to log-in to sitecore using the conventional method as well.

See this if you are having binding redirects issues.

Please let me know what you think and/or if you can spot any errors.
/eom